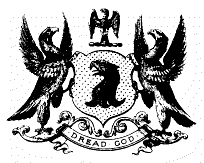 Personal Arms of Munro of Foulis

The Chiefs of the Clan Munro

The Younger of Foulis (Eldest son of present Chief)

son of Eva Marion, took the name of his maternal grandfather to become clan chief

7th baronet, rebuilt Foulis Castle after a fire destroyed it - MP for Ross-shire 1746 - 47

6th baronet, the Black Watch - killed at Falkirk, interred in the Churchyard of Falkirk

made 1st baronet by Charles I - died in Hamburg, Germany

the black baron served in the 30 years war - died at Ulm, Germany

died 8 months after his father

added to the estate of Foulis, a loyal protector of Queen Mary- first Protestant and 1st to be buried at Kiltearn Church

loyal supporter of Scotland against invasion of Protector, Duke of Somerset - killed at Pinkie

extensive lands confirmed to him by James V at Stirling 1541

killed in a raid assisting Chief of the Mackays

under the Great Seal of James I, dated at St. Andrews 1426 - lands of great extent confirmed to him, killed at Bealach-nam-Brog

a charter confirmed by David II of Scotland 1364

The following ten chiefs cannot be authenticated by contemporary evidence and therefore there is some doubt as to their existence but their names have been handed down by tradition and thus merit a place in the list.

only son of Robert - predeceased his father - killed at Bannockburn 1314

married daughter of Earl of Sutherland

said to have built the old Tower of Foulis 1154. Assisted Wm the Lion in repressing rebellion

first member of the line "Baron of Foulis"

founder of the ancient House of Munro